First round leader Matt Fegley, from Richmond CC, held on for the title in the Big Sur Flight of the Net Championship. A final round 72 was good for a 4-under 138 total and a three-shot victory. Steve Dringenberg of Apple Mountain GR finished runner-up with a final round 70 for a 1-under 140 tournament total. Finishing in third place was Bryan Lange, after a 1-over 143 total.

It took two playoff holes, but James Abayon from Poplar Creek GC earned the victory in the Golden Gate Flight, firing a final round 75 for a 6-over 148 total. Abayon made par on the second playoff hole to edge out runner-up Iain Farquharson. Third place went to Tim Harrison, of Foxtail GC, who finished two back of the leaders at 8-over 150.

Kerry Collins, from Valley Oaks GC, came from behind to take the title in the Yosemite Flight, firing a final round 68 for a 2-over 144 total and a one shot victory. Runner-up Marshall Carr, shot a final round 71 to finish at 3-over 145. The third place medal went to Bryan Lockwood after he shot 7-over 149 and won a scorecard playoff. 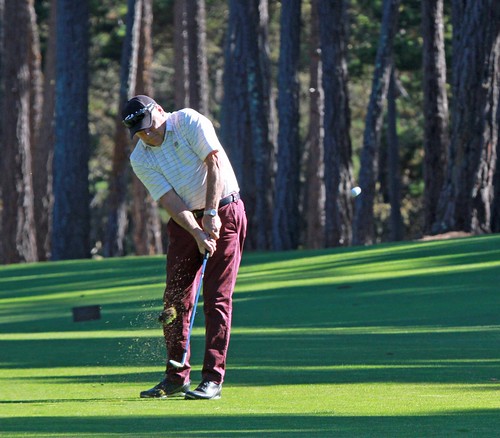 Matt Fegley of Richmond CC took the first round lead, posting a solid 5-under 66 featuring six birdies and one bogey.

Tied for second at 71 are Eric Jarvis of Ancil Hoffman GC and Steve Dringenberg of Apple Mountain GR.

Sunnyvale GC member Robert Heihn grabbed the lead with a 2-under 69 featuring six birdies and an eagle.

Alone in second place at 73 is James Abayon of Polar Creek GC. Iain Farquharson and Walt Chrupalo are T-3 at 74.

Paul Hammond of Saratoga CC is the leader after carding a 5-under 66 featuring nine birdies. In second place at 73 is both Jim Creech of Table Mountain GC and Bryan Lockwood of Empire Ranch GC.