Shell and Anderson made a charge with a second round 70. Third place went to Judicia Lane and Suzy Duarte at 148.

Salinas Fairways GC members Suzy Duarte and Judicia Lane followed up an opening 10-under 61 with a 65 to finish at 16-under 126 to win the title. The team of Michelle Walsh and Susan Norman placed second at 131 following a 68. Third place went to Sandra Szczerbin and Susan Erickson at 135.

Christina Browning and Kelly Simpson of Discovery Bay GC and Ruby Hills CC, respectively, shot a final round 63 to finish at 12-under 130, defeating the runner-up tandem of Gail Rogers and Ria Eagan by three shots. Rogers and Eagan had a second round 70 a day after carding 63 thanks in part to Rogers’ career low round (83) at Poppy Hills.

Third place went to the tandem of Deborah McGuire and Patricia Moreno at 138.

Michele Gunner and Jenny Shone posted their second straight 5-under 66 to finish at 132, defeating the runner-up tandem of Christine McCormack and Karen Branco by four shots. McCormack and Branco, who’d been tied for the lead, finished with a final round 70.

Third place went to the tandem of Rosie Hayashi and Vicki Matsuura at 138. 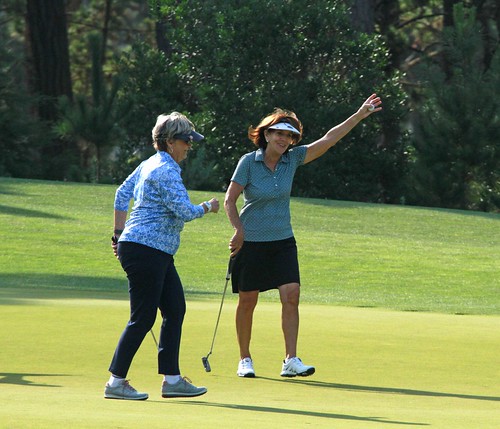 Suzy Duarte and Judicia Lane jumped out to a two shot lead after posting a solid 10-under 61. In second place at 63 is the team of Michelle Walsh and Susan Norman.

The tandem of 2019 NCGA president Gail Rogers and Ria Eagan took a four shot lead after carding a sizzling 8-under 63. Rogers posted a career-low 83 for the Poppy Hills course. In second place at 67 is the team of Christine Browning and Kelly Simpson.

The team of Kellene Reinschell and Mary Klein took the lead, posting a first round score of 64. In a tie for second at 66 are the teams of Michele Gunner and Jenny Shone and Christine McCormack and Karen Branco.

There was a tie at the top after day one, as Salinas Fairways GC members Suzy Duarte and Judicia Lane and Jennifer Douglas and Itsuko Moridaira of Salinas Fairways and Granite Bay GC, respectively, each came in with matching scores of 72. 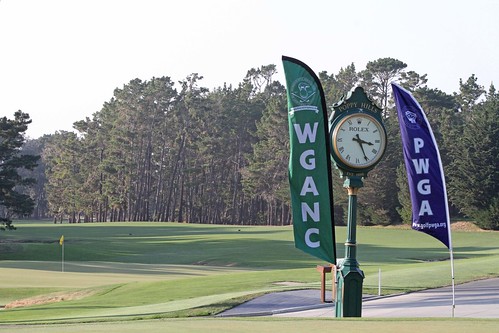