Despite the difficult windy conditions on the back nine, Antonia Malate finished with a bang.

Malate played her final seven holes in one-under par, including a 12-foot birdie putt on the final green to cap off her first NCGA title in the Women’s Amateur Championship at Poppy Hills GC. Her final round 79 gave her a two day total of 10-over 154 and a one-shot victory over Arielle Swan-Smith. Malate recently graduated from Robert Louis Stevenson and is preparing to play college golf at San Jose State in the fall.

“Playing with college players and just experiencing the pressure, it helps me a lot as I get ready to play at the next level,” said Malate after her win.

Malate’s round included one birdie, along with two bogeys and three double bogeys as she battled a shaky putter on the final day.

“I had to keep my mental game together even though I was putting badly. My caddy helped me through it and I just toughed it out,” said Malate.

Playing in the group ahead of Malate, Swan-Smith shot a final round 77, for a two day total of 11-over 155 to finish in second place. Rei Nakatani took the third place medal after she won a scorecard playoff to break the four-way tie at fourteen-over 158.

Granite Bay resident Jennifer Douglas was in the zone. So much so, that immediately after signing her scorecard she went straight to the driving range to prepare for a playoff.

However, when the totals were finalized on the scoreboard, her final round 2-over par 74 was good enough to win in regulation. Her caddy for the tournament sprinted to the range to make sure Douglas did not miss the trophy presentation.

Douglas’s final round included two birdies and four bogeys for a two day total of 9-over 153, and a one stroke victory over runner up Sally Krueger. After not playing golf for the last seven years due to a shoulder injury, Douglas called her first NCGA title the “top” of her golf accomplishments.

“I putted really well, and then just fairways and greens trying to keep pace with Sally,” said Douglas after her round.

Krueger, the first round leader, shot another 77 today for a 10-over 154 total. Her final round included one eagle, one birdie, along with eight bogeys in the blustery conditions. Finishing in third place was three-time Senior Women’s Amateur champion Patricia Cornett with a 14-over 158 total. 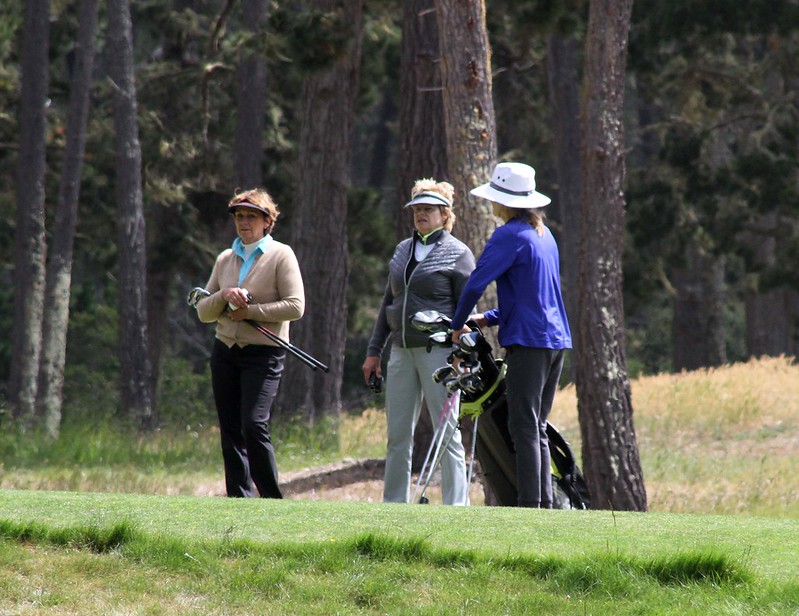 Antonia Malate is off to a hot start despite a cold and foggy morning at Poppy Hills Golf Course.

Malate shot 1-under par on her opening nine en route to a 3-over 75 to take the first round lead in the annual NCGA Women’s Amateur Championship. Her round included 3 birdies and 6 bogeys for a two stroke lead. Malate, who is from Seaside and is a 2018 graduate of Robert Louis Stevenson, is seeking her first NCGA title.

She will have a host of competitors chasing her in the final round; tied for second with rounds of 5-over 77 are Samantha Hutchison and Clare Brady. Hutchison, who plays college golf at UC-Davis and is the reigning Big West Conference Player of the Year, had three bogeys and one double bogey on her card. Brady, a member of the Chico State women’s golf team, had five bogeys on her round.

Three players are tied for fourth place with rounds of 78.

Poppy Hills GC, which is playing as a par 72 for the championship, will also host Tuesday’s final round.

Sally Krueger took the opening round lead of the Senior Women’s Amateur Championship after shooting a 5-over 77. Krueger, who is a former California Women’s Amateur champion and 10-time San Francisco City Women’s champion, had thirteen pars and five bogeys to take a two stroke advantage.

Tied for second with first round scores of 7-over 79 are Jennifer Douglas and Patricia Cornett. Cornett is a three-time winner of the Senior Women’s Amateur, most recently in 2015.

Two players are tied for fourth with opening rounds of 80.

The championship will conclude Tuesday at par 72 Poppy Hills GC. 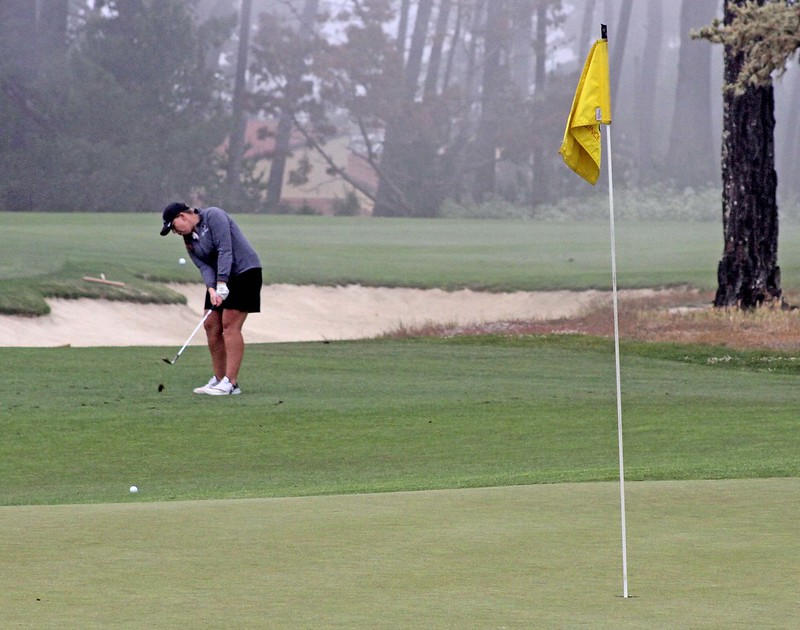