Turlock’s Bergen Benedict came from behind to win the Big Sur flight of the Women’s Net Amateur Championship Tuesday at Par-71 Poppy Hills GC. Benedict, who will be a senior on the Cal State San Marcos golf team, shot a final round 2-over 73 for a two day total of 5-over 147. Her round included four birdies and six bogeys.

Kayla Choy followed up her opening round 72 with a 6-over 77 to finish second with a 7-over 149 total. The first round leader from San Francisco, Choy had three birdies, six bogeys and one double-bogey on her card. Finishing in third place was Caroline Clements with a final round 5-over 76 for a 10-over 152 total.

It was a close finish, but first round leader Jenny Liu held on for the victory in the Golden Gate flight of the Women’s Net Amateur Championship. Liu shot a final round even-par 71 for a 3-under 139 total and one stroke victory. Her final round included six birdies and an eagle, along with five bogeys and one triple-bogey.

It took a four-person sudden death playoff, but Joyce Glatt came out on top of the Yosemite flight for this year’s Women’s Net Amateur Championship. The final group of Glatt, Sandra Castle, Linda Tague and Patty Van Kirk all finished with a two-day total of 9-over 151 to force extra holes.

Glatt, from El Cerrito, shot a final round 8-over 79 to earn a spot in the playoff and the eventual victory. Her round included five birdies, along with two bogeys, four double-bogeys and a triple-bogey. 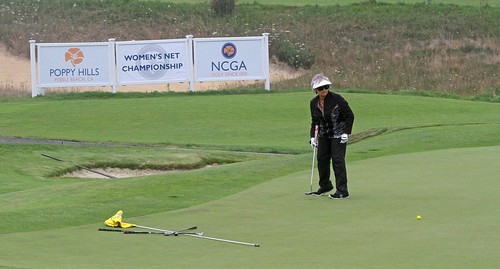 Kayla Choy, of San Francisco, took the first round lead in the Big Sur Flight Monday at Par-71 Poppy Hills Golf Course. Choy shot a 1-over 72 for a one stroke lead. Her round included three birdies, along with two bogeys and a double-bogey.

Chasing Choy in second place is Maureen Earley from Rolmex GC after an opening round 2-over 73. Carina O’Brien and Bergen Benedict are tied for third place after rounds of 3-over 74.

In the Golden Gate Flight, Gilroy’s Jenny Liu got off to a hot start with a first round 3-under 68 to take the first round lead. Liu’s round included eight birdies, one bogey and two double-bogeys.

Two strokes behind Liu, Tina Chen is in second place after a 1-under 70. Maureen Richardson shot an even-par 71 and is alone in third place.

Sandra Castle, from Monterey, is the leader after round one in the Yosemite Flight. Castle’s opening round even-par 71 included seven birdies, one bogey and three double-bogeys.

In second place, Joyce Glatt shot a 1-over 72 and is one stroke back going into the final round. Linda Tague and Loralee Del Rosario are tied for third after opening rounds of 4-over 75. 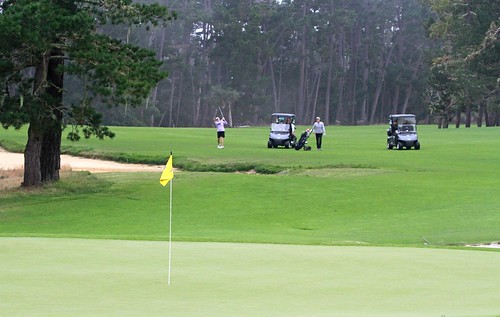