Playing together in the final group, Nick Moore and Jason Anthony each pulled out 3 and 2 wins to help the NCGA rally and retain the Hanna-Wehrman Cup for the 10th straight year. The NCGA trailed 6-4 after Monday’s two sessions with 10 singles matches up for grabs. But the NCGA won three of the final four matches to secure 6 points on Tuesday, tie the NCPGA at 10-10, and retain the cup.

Bruce Summerhays, Dave Carr and Joe Dolby all secured three points for the NCPGA over the three sessions.

The NCPGA Seniors secured their fourth straight Staedler-Jetter Cup just eight matches into the 14-match singles session after Chris Bitticks won his match 6 and 4. The NCGA rallied after that, winning five straight matches, but ultimately fell to the NCPGA 15-13.

The NCPGA led just 7.5-6.5 going into the singles matches, but secured 6.5 of the first 8 available points in singles. 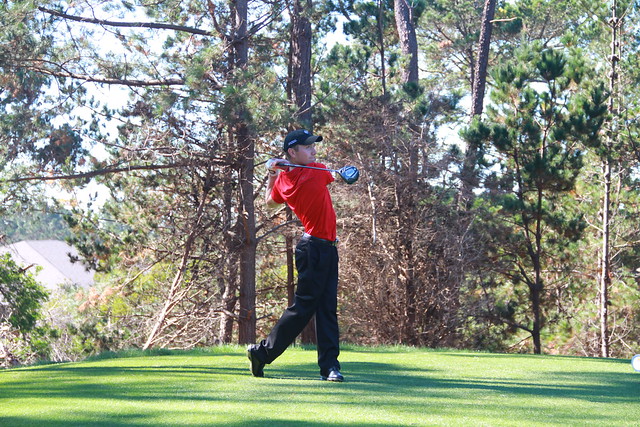 The NCGA has retained the Hanna-Wehrman Cup for the last nine years. The NCPGA set an early tone that this year might be different, collecting the first three points available, including two dominating wins. Dave Carr and Bruce Summerhays dominated Scott Mitchell and Blake Hathcoat 9 and 8, while Michael Duncan and Joe Dolby beat reigning NCGA Player of the Year Nick Moore and Matt Cohn 6 and 5, as the NCPGA took an early 3-2 lead over the NCGA after the morning alternate shot matches.

If the NCGA is going to retain the Hanna-Wehrman Cup for the 10th straight year, it is going to need an impressive showing in Tuesday’s singles matches. The NCPGA won three out of five points in both the morning and afternoon sessions to take a 6-4 lead with 10 singles points remaining.

While the afternoon match was closer, the NCPGA’s Michael Duncan and Joe Dolby beat Nick Moore and Matt Cohn for the second time on Monday, 3 and 1 in four-ball. The NCPGA’s Dave Carr and Bruce Summerhays also collected their second point, holding on for a 1-up win over Scott Mitchell and Blake Hathcoat. Carr/Summerhays won the morning match 9 and 8. Jason Schmuhl and Joe Moulton bounced back from a morning loss to beat the NCGA’s Scott Hardy and Ben Peters, 1 up.

Randy Haag and Jason Anthony collected two points for the NCGA, beating Stuart Smith and Mitch Lowe in four-ball, 2 up. Gary Dunn and Jon Peterson also collected an afternoon point for the NCGA.

The NCPGA is looking to make it four straight Staedler-Jetter Senior Cup titles after taking a 4-3 lead over the NCGA through the morning alternate shot matches.

In the afternoon Four-Ball matches, the NCGA briefly caught the NCPGA with an opening win from Chuck Richesin and Bob Thomason. But the senior professionals stormed back to win the next three matches (Glen Stubblefield/Larry Babica, Mike Cook/Michael Paul and Tim Huber/John Grund).

With only one point separating the two sides, Tuesday’s 14 singles matches will certainly produce fireworks at Poppy Hills. 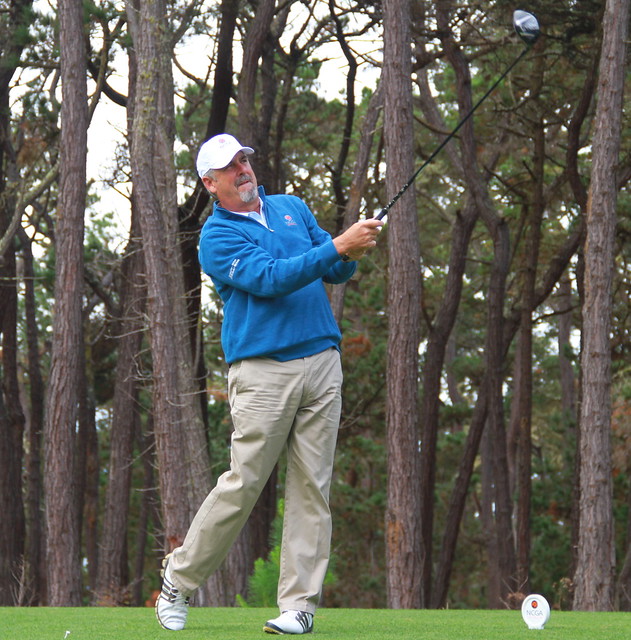