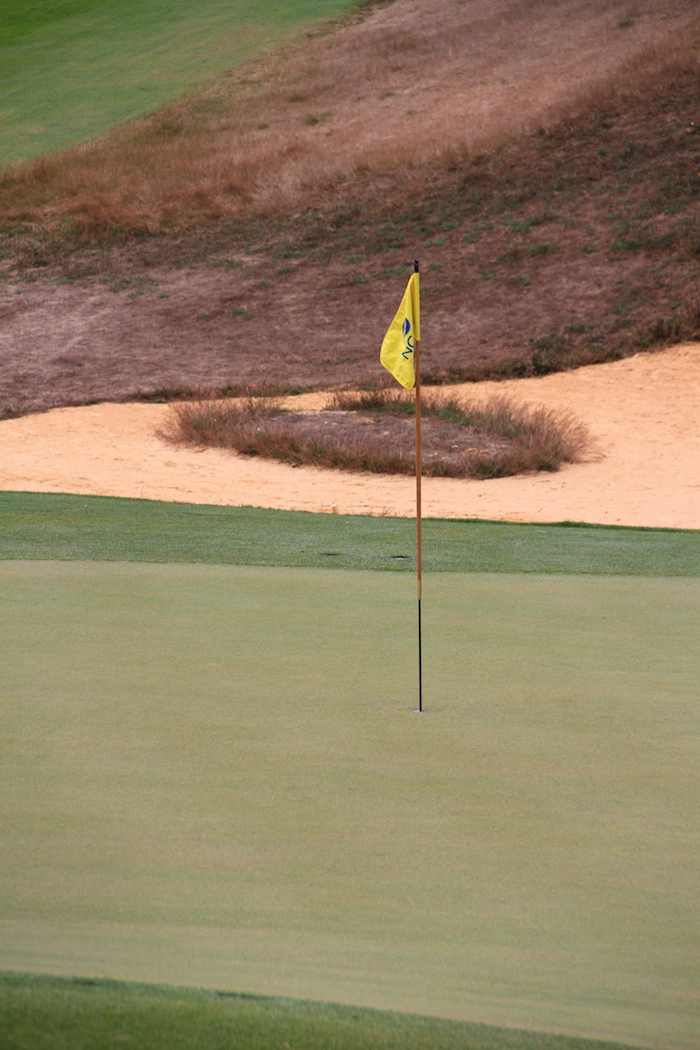 The flags atop the wooden sticks at Poppy Hills changed from orange to yellow today, which can only mean one thing — the NCGA is finally hosting a championship at its newly renovated home course.

And if anyone in the NCGA Amateur Stroke Play Championship field can compare the old Poppy Hills to the new one, it’s University of San Diego junior Skyler Finnell. 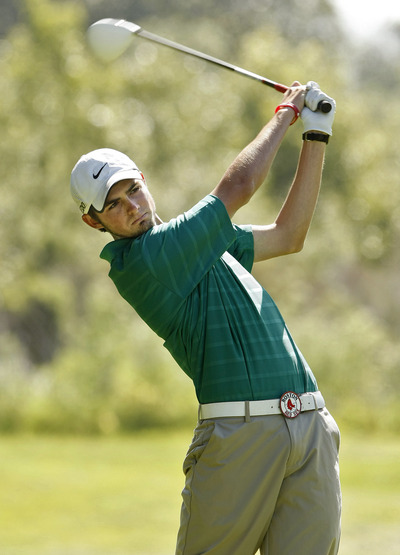 The Quail Lodge member played his high school golf just down the hill from the third hole of Poppy Hills at Stevenson. While Spyglass Hill was the golf team’s home course, Stevenson was a frequent guest at Poppy Hills.

“Any given year, we’d play Poppy Hills 10 times in a season, and we played State here my junior year,” Finnell said.

Finnell shot a 3-over 75 as a junior at Stevenson to help his team to a second-place finish at the High School State Championships in 2011.

Finnell hadn’t played the new Poppy Hills until Thursday, when he logged a practice round for this weekend’s championship.

“I played in the afternoon yesterday and it was blowing really hard,” Finnell said. “It’s playable in the morning when it’s not blowing as hard, but in the afternoon it definitely gets tough.”

Finnell pieced together the best morning round today, holing a 4-foot eagle putt on the ninth to finish off a 2-under 69. The course was set up at 6,675 yards and a par 71, although the Jones Trail stretches back to 7,002 yards. The average score in the morning was 79.235, with the front nine yielding a stout 40.912. Finnell and Cody Reicks (70) were the only two players to break par. 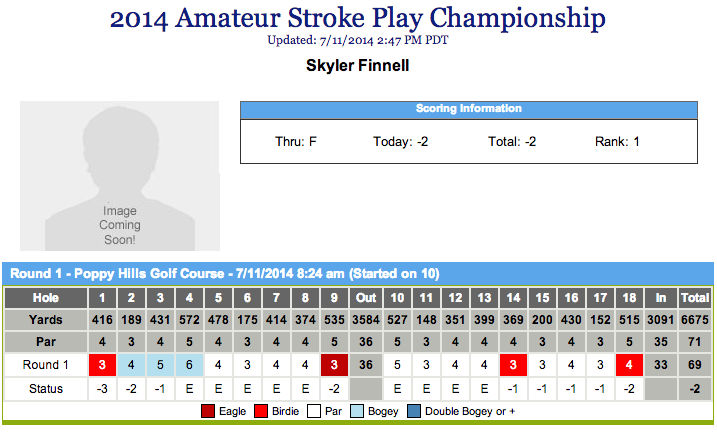 “I think the course is in really good shape, especially changing to bentgrass on the greens,” Finnell said. “The fairways run out a lot more. The greens are going to take a little while to soften up, but they are really good already.”

Finnell began on the back nine and hit every green, sinking birdies on Nos. 14 and 18 to make the turn at 2 under. Finnell was then one of just three players in the morning wave to birdie No. 1 to get to 3 under. No. 1 played as the toughest hole on the course, with a stroke average of 5.029. That score is even higher than the 535-yard par-5 ninth (4.941). 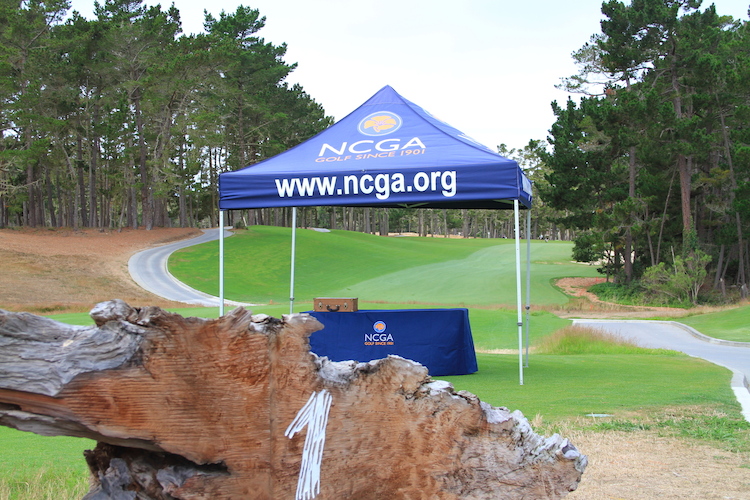 But 3 under was Finnell’s high-water mark, as three straight bogeys on Nos. 2-4 brought him back to even par. The first five holes played 2.835 strokes over par for the field, with No. 3 playing the second toughest, and No. 2 playing the third toughest.

“I think No. 2 got a lot harder, especially the left side of the green,” Finnell said. “That green is probably one of the biggest changes.”

Finnell righted the ship with four pars, before a spectacular eagle on No. 9 got him in the house at 2 under. Finnell drove his tee shot into the left fairway bunker, and was left with 240 yards into the green. Finnell had to decide whether to lay up short of the new creek, or go for the green.

“That slope on the right side is great,” Finnell said. “I hit some shots off that slope yesterday. You’ve got a lot of bailout room. I hit a rescue and fed it down the hill to 4 feet.”

So, how did the two courses compare?

“I think when Poppy was playing in tournament shape with fast greens and they grew out the rough, it was pretty comparable to today,” Finnell said. “On the old course you had to hit it well. If you were spraying it off the tee, you’ll be in the trees. I think it requires similar shots off the tee, but around the green, it’s a lot different.

The renovation produced more flexibility in course setup, and that was on display today. The tees on the downhill 12th hole were moved up to 351 yards, tempting several players to take a crack at the green.

“I did go for it on No. 12,” Finnell said. “It runs out like crazy, so if you get something going down there, you can definitely knock it on. It’s a really fun shot.”

Poppy Hills has never had a drivable par 4, although it could play very different the rest of the tournament. From the back tees, players have to place their ball between four different bunkers, with out-of-bounds looming right.

But from the 1 Poppy tees, it was just 280 yards to clear the last bunker and catch a steep downslope toward the green. 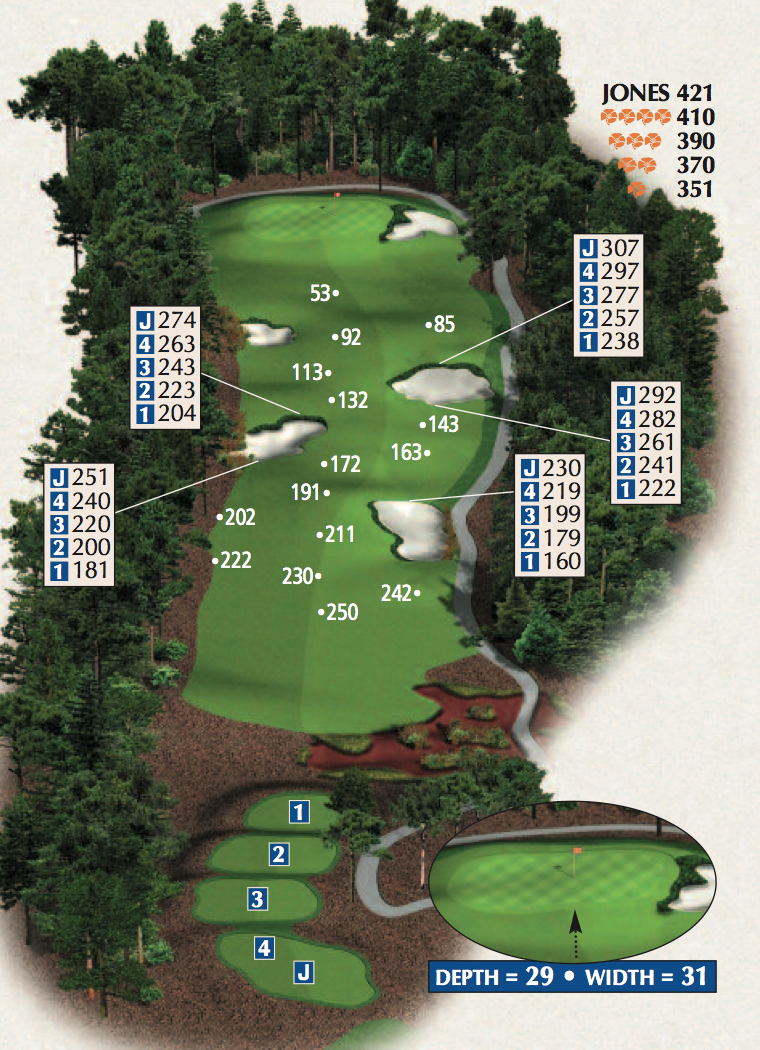 Today’s setup was 3 yards longer than the traditional 4 Poppy set of tees, which is 188 yards shorter than the championship tees at the old Poppy Hills.

“Certain lines are similar off tee boxes, and the basic green shapes are pretty similar,” Finnell said. “The biggest thing is there’s no rough. When you’re missing greens, you’re turning into British Open-style bump-and-runs, instead of just popping up flop shots most of the time.

“I like what they did with the design and everything.”

Spirit of the Game: Visions of Birdies
November 1, 2022